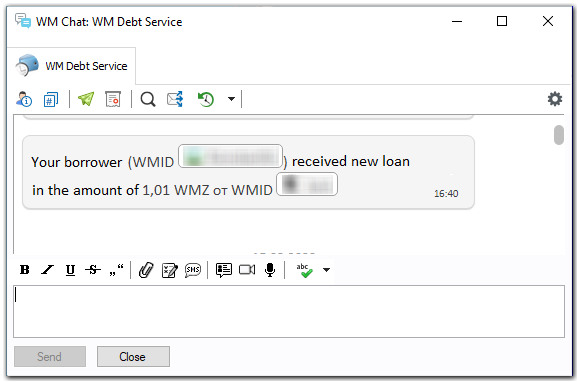 That does not mean that the debtor's purse has been funded. Such a message means that an automatic repayment of one of the participant's loans took place and the funds have been transferred from a purse of a third-party participant who had opened a trust limit for your correspondent. Such a repayment is possible according to paragraph 6.2.2. of The Rules.
6.2.2 When there are no more title units left in the Debtor’s purse the user hereby authorizes the Service to arrange loan repayment as per the Loan Agreement by concluding agreements with other correspondents. Agreement is concluded automatically on behalf of the Debtor. The priority is given to those correspondents who have announced the lowest interest rate.